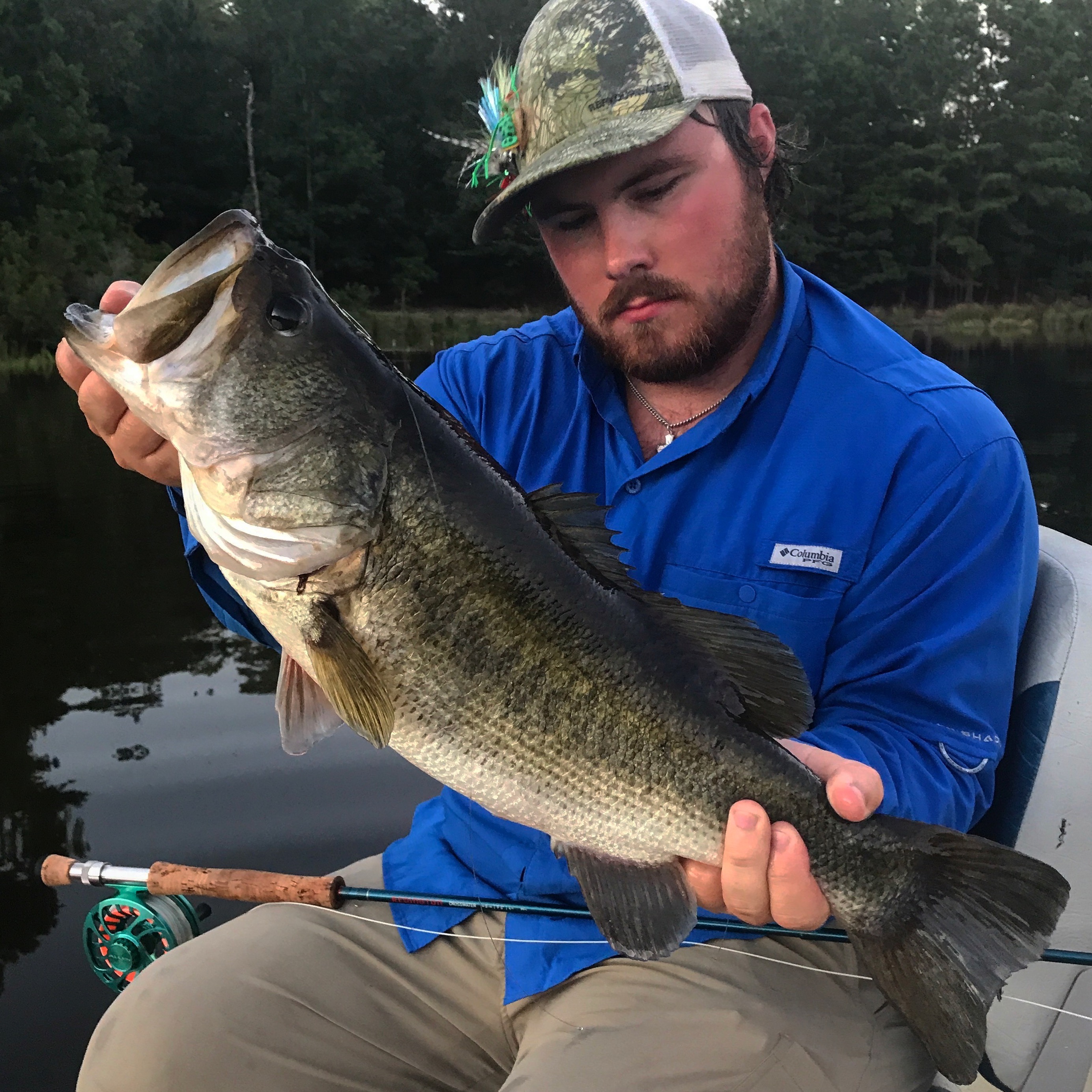 Texas has a ton of fishing all over the state. As a fly fisherman, Texas isn’t a place you would typically travel to fish. However, if you make the trip I can assure you that it won’t disappoint. We have a large variety of species and Texas has some of the largest of those species. Not only is there amazing fishing, there is even better BBQ. So it’s really a win-win scenario. These are just a few of the rivers that have great angling opportunities. There are many more rivers to fish and no matter where you are at in Texas, there is some great fishing nearby.

Colorado River
It’s the same name, but fishes completely different. There isn’t cutthroat running through the hill country, but there are Guadalupe bass (only Texas hill country). And if you think cutthroat are aggressive, strip a streamer or rip a popper by them. It’ll change your idea of aggressive fish.

The Lower Colorado River is one of the best bass fishing rivers in central Texas. A 5lb largemouth bass isn’t uncommon when spending a day fishing the LoCo.

The LoCo is a very accessible river. However, a kayak or boat will best serve you here. Luckily, there are many different boat ramps to launch from and take out at. Here are just a few:

The LoCo is a pretty wide river and big flies are the name of the game here. The smallest size I would recommend using is a #4 hook. I will throw a #4 Clouser when things are just really slow. Other than that, send the big stuff. I personally love poppers and big hair-bug divers. Large streamers will entice large bass as well though. Double deceivers, bang-tails, sex dungeons, and game-changers are a few of the flies that I take with me on a LoCo trip. This being the case, a 7-8wt rod is going to serve you best. As for line choice, I personally like a good intermediate line for streamers and divers. The only thing I use floating line for on the LoCo is for poppers. But that’s more of a personal preference. A floating line won’t hamper your ability to get into some big bass.

There are a few more species you can expect to see in the LoCo including white bass, hybrid striped bass, carp, drum, gar, and catfish.

Guides are offered on the LoCo and I highly recommend going with All Water Guides. Dylan Mendoza or Alvin Dedeaux are excellent guides and offer great trips.

Guadalupe River
The Guadalupe River is an extremely special river. Honestly, it’s best fished during colder weather because once it warms up, there are tubers everywhere. The Guad is our trout river in Texas. While almost all of the trout are stocked during the winter, there have been a handful of reports that a few trout successfully spawned and some wild trout were born. It is very rare though.

The Guad is actually in the top 100 trout rivers in the United States. This past year has produced some extremely good fish. Lots of PB rainbow trout were caught this year by many anglers. Last year, we were fortunate enough to get a few thousand browns put in. It was the first year since the 80’s and it looks like they will continue to stock them for the foreseeable future.

If you get stuck fishing the Guad during the warm weather and have decided to fight through the tubers, don’t be discouraged. There are still trout and they will still eat. I would personally focus more on the bass at this time though. The Guad is a very productive smallmouth river. There are also Guadalupe bass and largemouth that will be eager to eat. The great thing about the Guad is there is always a possibility of a striper. This past year there were multiple +30lbs striper caught. It’s hard not to get excited about that. Some other species to look for in the warmer weather are the Rio Grande Cichlids (native fish to Texas), varieties of sunfish, gar, carp, and catfish.

There are many public access points on the Guad and it’s a pretty easy river to DIY. However, if you’re looking for a guide, I recommend either Marcus Rodriguez at Living Waters Fly Fishing or Dylan Mendoza at All Water Guides. Both are very knowledgeable guides and super nice guys. They’ll get you on the fish.

Brazos River
The Brazos River is another excellent bass fishing river in Central Texas. This is the river I have the least experience in though. The reason being is that it is an 8 ½ mile float. That’s the shortest float the river offers. Although it’s a tough float, you can be well rewarded with monster largemouth bass. They are abundant and hungry. Like the LoCo, big poppers, divers, and streamers are going to do well. So 7-8wt rod with whatever line suits you best.

There are a few different species you can target in the Brazos including smallmouth bass, spotted bass, hybrid striped bass, white bass, carp, gar, and catfish.

Other Rivers to Consider:

Trinity River
The Trinity River is known mainly from its prehistoric sized alligator gar. These things get to be ridiculously huge. The standing rod & reel record in the Trinity is 200lbs at 93 inches long and the bow fishing record is 290lbs at 96 inches long.  There are guided trips for these huge gars on fly rods. However, I’m not sure of the guide’s name or the name of his business. There are access points on this river that make it possible to DIY. It’ll take a little research and some very heavy fly tackle. The Trinity also offers some great bass fishing though. Some other species to target are largemouth bass, striped bass, hybrid striped bass, white bass, crappie, catfish, and carp.

Devil’s River
The Devil’s River in South Texas is another special river. It is a river for the adventurous. It’s wild, extremely remote, and definitely a multi-day trip. In the past couple of years, with the boom of social media, it has received a lot more publicity than before. People are starting to realize how amazing and unpressured this river is. Yeti has also made a short film about the Devil’s that would be worth watching if you’re interested. This river in known for its quantities of large bass and crystal clear waters. Dave Whitlock has actually told me that it is one of his favorite rivers to fish and that everybody should fish it at least once.

While the river is beautiful, it is unforgiving. Do not float down this river without doing your research and being prepared. There are no stores or even cell phone service around this river. There are also a lot of regulations that need to be adhered to. Another thing to keep in mind is the stereotype of all Texans owning guns and shooting at people for trespassing. It is surprisingly accurate! Especially the more remote you get.

There are guided trips for this river and I would probably recommend it. However, people DIY this river all the time and I will personally do it myself at some point. The main species to target in the Devil’s River are smallmouth bass, largemouth bass, and carp.

These are just some rivers that are exceptional in Texas. There are many more! Not to mention the lakes and the coast! Look for another blog on those.

If anybody has any questions about fishing in Texas or some specific place, shoot me a message on Insta. I’ll do my best to answer any questions or at least point you in the direction of someone who can.

Want more fishiness in your life? Check out these other stories below:

The 5 Bass Flies You Should Carry At All Times

How To Catch Bass On The Fly With Topwater Poppers

Life On The Road: Bass, Beers And The Great Bambino