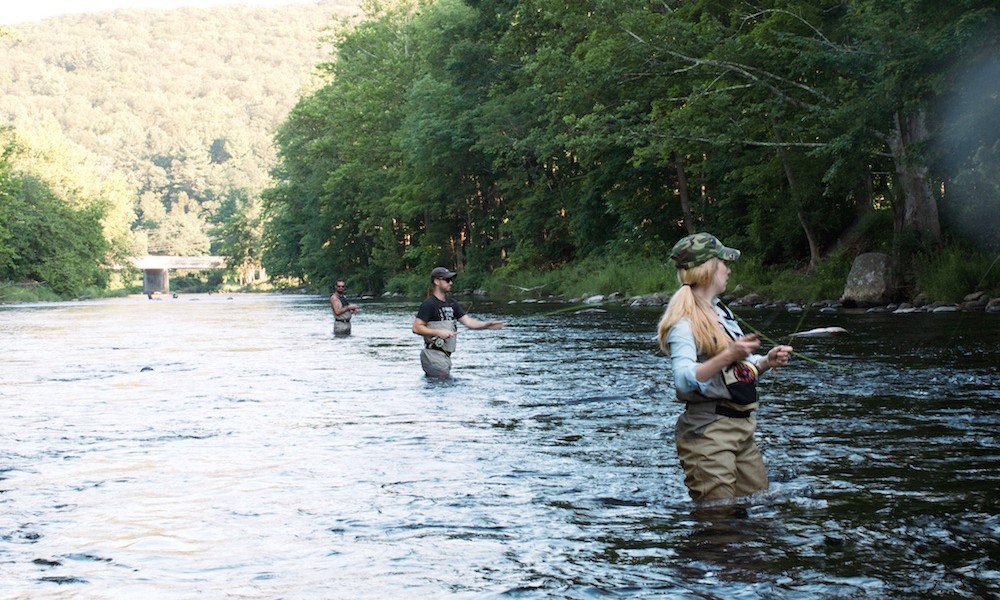 Now that anglers are coming out of the woodwork and starting to fill the river with their rusty fly fishing skills after a long winter, there are a handful of trout anglers you’re bound to see. If you see these six fly anglers you’ll at least be entertained if you’re not catching anything.

As if a magazine ad jumped off the page and landed next to you in the river, this guy has all the newest gear that looks brand new and picture-perfect. Have his waders ever touched the water? His rods and reels are the same ones you have set as your desktop wallpaper at work and the back of his truck is better stocked than your local fly shop.

Wet wading in overalls, shirtless and a can of worms in his back pocket that he uses to bait his dry fly before sending that abomination out into the river. This dude is the anti-thesis of fly fishing and the elitist in you curses his every move. He also catches a ton of fish, which makes it way worse.

His favorite view is looking down at other anglers that, “simply don’t understand.” His bamboo rods are so pretty they make your knees weak, but he barely ever fishes them because they cost more than your crummy truck. He only identifies bugs by their scientific name and knows each life cycles of more bugs than you knew existed.

This guy can’t take a step without posting it on social media. He makes you pause when you sip your beer so he can kneel down and get the right amount of sun flare in the shot. He makes you fish on the worst weather days to make him look cooler on his social feed. You know he posts the same fish three times from different angles and he’ll even change outfits a few times to make it look like he’s on the water every day.

The second this angler starts stringing up his rod, you know he’s a noob. You know because you pulled in at the same time and you’re ready to hit the water­ while his line keeps falling down his guides when he tries to grab the leader and he can’t quite find the second strap on his waders. Take this guy under your wing. It’s your duty as a seasoned fly angler to take a noob under your wing as your padawan for the day. You’re likely to be rewarded by a free round back at the trucks, once he figures out how to take off his wading boots.

You might never see this angler, but if you do pay attention to their every move. Like an apparition, the old timer knows how to sneak away from the put in and find the best spots on the river you didn’t even know existed. He can cast three times as far as you with half the effort and his knots look like works of art. Find an old-timer to be your mentor and you’ll jump on the fast track to being the best angler on the river.