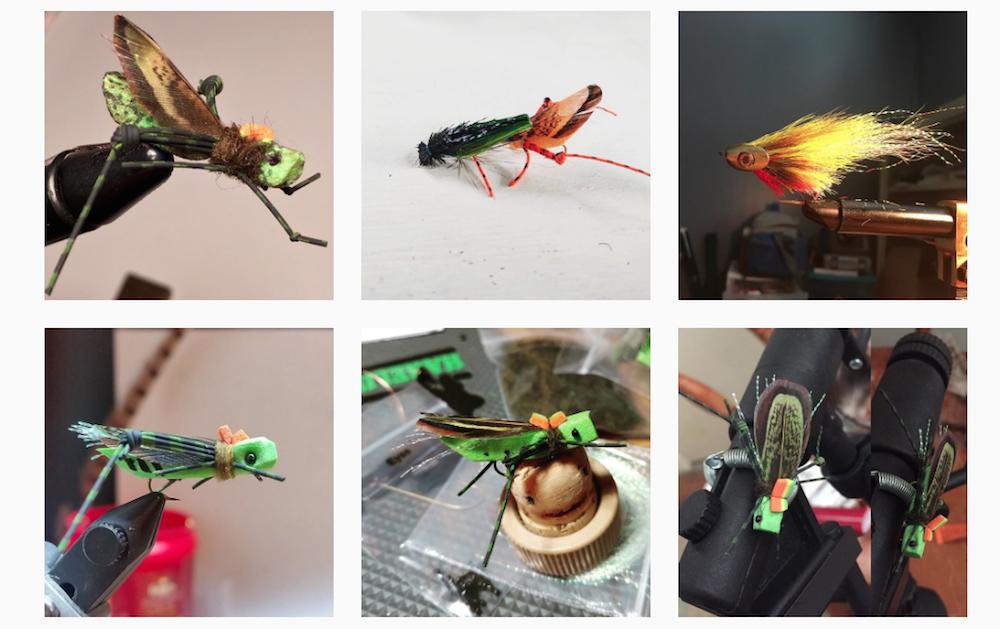 The best new fly tying competition is happening every month and can win you some killer fly fishing gear from Postfly just for tying flies you were going to tie anyways. We’ve sorted through all our social media channels and picked the photo that got us the most excited about fishing with the latest tying kit pattern, the foam hopper.

If you still haven’t had the chance to tie up your own hopper pattern, learn to tie the fly with the how-to video here.

And The Winner Is…

They say there’s strength in numbers and with this many hopper patterns ready to fish, we know that Joshua Fahrney isn’t going to have any problem getting on the fish before winter comes. He even knows that proper hydration is the key to cranking out the best flies around. Since Joshua Fahrney is September’s Top Bobbin, we’re going to send out a swag bag of Postfly gear with his next box, and even throw in a free box to go with it, just to make sure his flybox stays full. Congrats!

Want to see the other entries in the Postfly Monthly Tie competition? Head here to check out the photos and get psyched on fly tying (because who doesn’t love fly tying).

The Postfly Monthly Tie-Off is here! The tyer that whips up the coolest pattern using the materials from the latest Postfly Tying Kit (and other materials you already have) wins. The tyer named “Top Bobbin” gets a swag bag of Postfly gear that includes a piece of apparel, a fistful of stickers, and a free box along with their next shipment. So what are you waiting for?

This is for Tribe Members only, so you’ll be competing with thousands of anglers all around the country to see who’s the best creator of all things fur and feathers. Think you have the skill and the creativity to tie the best fly around? Join The Tribe now for a chance to win!