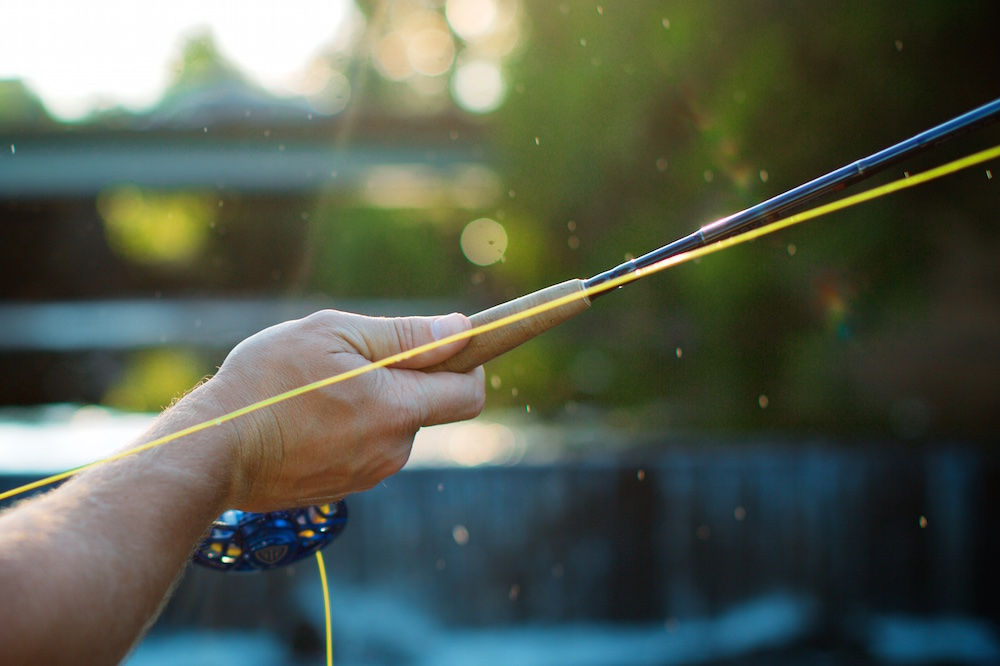 Of course fly fishing is a life-long pursuit and even the experts can’t know everything, but to start fly fishing, it’s not as hard as you might have thought. I’d be willing to put money down that you can become a fly angler in just three days. By that I mean a fly-casting, fish-catching, fishy-knowledge-knower, in just a single long weekend.

The biggest trend in the running world right now is the “couch to finish” races, the ones where complete non-runners become real, competing athletes, even finishing road races, within a short time window. Let’s call this the “Couch To River Guide To Become A Fly Angler In Just Three Days.” Follow these steps and you can start catching fish and planning trips like a regular fly fishing guide. (Then you can quit your job and work in fly fishing).

Step 1: Call Yourself A Fly Angler

I read somewhere that the first step to becoming an artist is calling yourself an artist, and fly fishing is the same. I’d say 75% of what makes all this so fun is being a part of a larger community of anglers that get it, that understand the best way to live life is with a fly rod in your hand.

Step 2: Get The Gear

This is the scariest part. Not only does the list of gear that you need seem never ending, it’s also usually pretty pricey. If you’re not sure the gear you actually need, we’ve created a list of “10 Essentials For Every Beginner Fly Angler.” Go ahead, I’ll wait…

As for the price, don’t worry about buying top of the line, you won’t need that right now. Just get good enough that you don’t need to replace it after just one season. As for flies, just make it easy on yourself and sign up for Postfly. (Hey, it’s my job).

No matter how expensive someone thinks fly fishing is to get into, I think the number one reason people don’t fly fish more is the cast. Those that have tried know that it’s not that hard, but I think from the outside looking in the cast looks as tricky and complicated as a triple axel.

While it may take you the majority of the second day to learn the cast itself, once you do, it’ll just click and you’ll be able to do it forever. It may not be as pretty now as it will be in a month, let alone a year, but you’ll be able to get a fly to the fish and maybe even catch a few.

The basic fly cast can be broken down like so:

Pull back on your rod until the tip is in the 2pm position.

Once the rod’s vibrations dissipate, begin your forward cast, leading with the elbow.

Stop the rod when your thumbprint is pointing towards your target. You just fly casted.

Since you just completed the hardest step of becoming a fly angler (getting a mentor will also make that step much, much easier), there’s only one thing left to do today: crack a beer and relax a little. Maybe watch a fly fishing film to get psyched up for tomorrow.

Two days of learning before you go fishing? Yes. Not only will learning the cast before hitting the water make you more comfortable and prevent you from giving up in frustration, it also builds in extra time to practice. If you spend all of Saturday practicing your fly cast, by the time you hit the water on Sunday, you’ll be good to go.

Like a beginner in any sport, the thing I see most often is people trying to go too fast and forgetting to enjoy the moment. Instead of just enjoying catching a few bluegills and bass on dry flies on a lazy summer afternoon, they go straight to planning their epic, the five-day winter steel heading trip in British Columbia. They’ll either be a fly angler for life after that trip, or never touch a fly rod again.

Instead, try making friends with people you run into at fly fishing events or try convincing a few of your friends to try to learn fly fishing with you. This sports will reward you again and again for the rest of your life, but it’s so much better when you have the chance to enjoy it with other people.

Just getting your start in fly fishing? We make it easy by giving you how to knowledge, essential gear, and of course great flies perfect for the current season, sent to your door every month. Sign up for Postfly now and Join The Tribe.