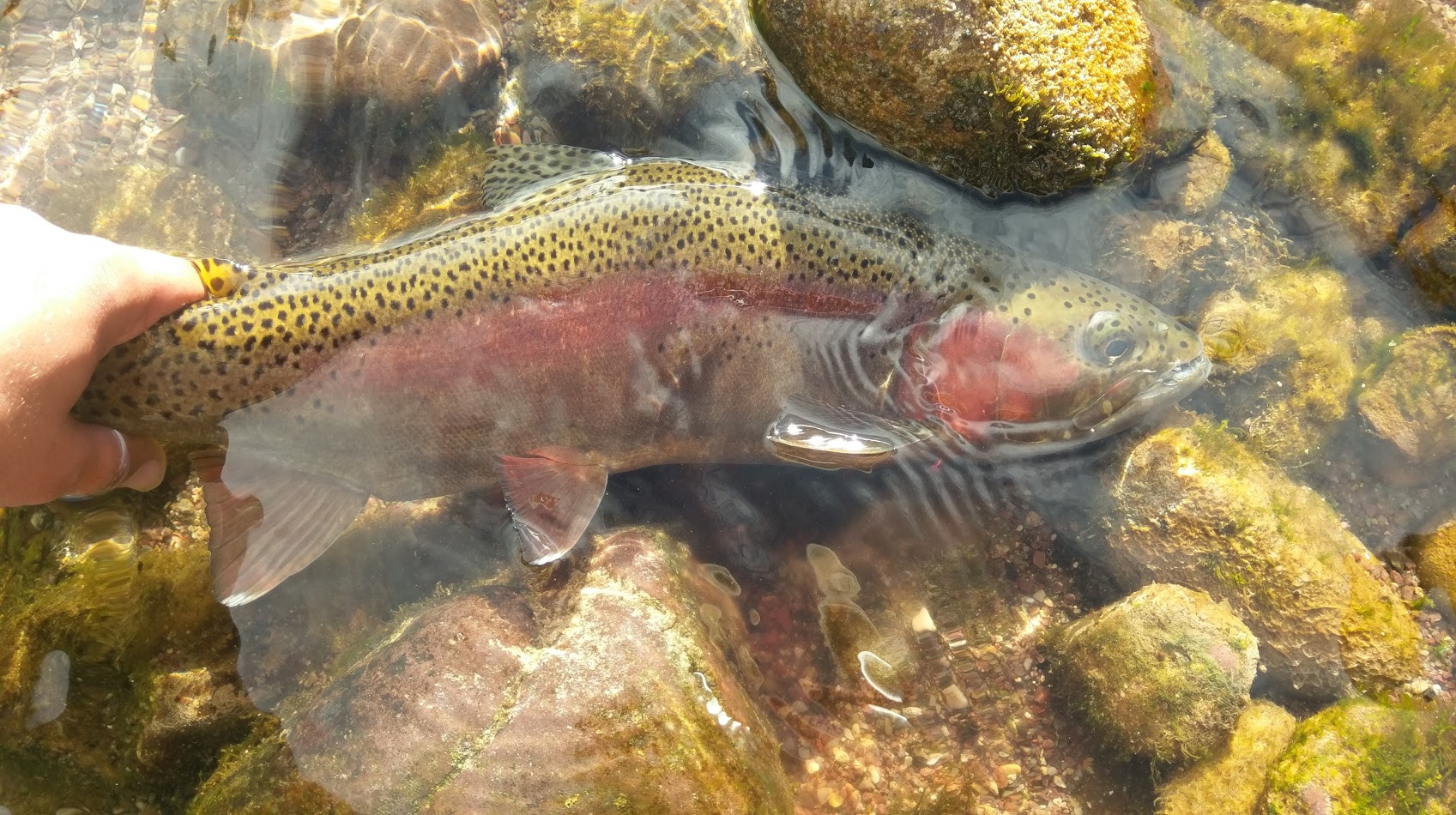 I should be out fishing. It’s Saturday. I’m not married. I’m not dating anyone. My house is clean, perhaps a bit too clean.

Instead of being on the water, I’m sitting here writing while I watch snow pile up outside my window. We need the snow, but damn if it doesn’t put a wrench in my fishing plans. Considering how often I fish in the winter – and the blizzards in which I’ve fished already – it takes a lot to keep me homebound on a Saturday.

It got me thinking, though, about my fly selection. I’ve reached that point in the year when I’m out of most of my go-to flies: Frenchie’s pheasant tails, hare’s ears, Adams’, caddis, and midges. Those are gone for the most part, but what I’m completely rid of is my streamer collection.

Chucking streamers from a drift boat is my favorite way to fish in the winter, and as I tied a few of my favorites up this morning, it got me thinking about what streamers I’d absolutely need if I could only choose a few.

This fly catches fish almost as well as a good ol’ nightcrawler. If you don’t have a few black wooly buggers, in sizes 4 – 12, you’re forfeiting opportunities to catch fish.

I like mine tied with a nickel tungsten cone head and a bit of small silver or gold tinsel to hold the hackle in place. Wire works well – and lasts longer – but the flash from the tinsel gives the fly a bit of sparkle. Postfly makes a hot spot version – perfect for less-than-clear water or when trout are honed in on eggs.

The zonker is one of my all-time favorite streamers, especially during ice-off fishing here in the Rockies. The muddler minnow is up there as well, being a time-tested pattern that works across the world.

But combining the two creates arguably my most effective streamer pattern: the zuddler.

Half zonker, half muddler, but all the fishy attitude you can ask out of a streamer. The zonked rabbit moves a bit like a sculpin in the water, while the shiny silver body and legs give enough movement and flash to catch a fish’s attention. I’ve yet to meet a river where the zuddler didn’t produce fish.

I know what you’re thinking – why recommend a fly that’s not tied with a bead and lead?

Well, it’s simple: the ghost works. It’s a damn fine fly, tied way back in the day in Maine for Atlantic salmon. I’ve not had the opportunity to fish for salmon with it, but it sure seems to catch cutthroat and tiger trout just fine.

You’ll need a sink-tip line with this fly since it doesn’t weight much at all, but I think the simple, clean design works in your favor. It’s so different from what else trout see that they’ll come nip at it just out of curiosity.

Kelly Galloup’s given the fly fishing world a lot of great stuff, but the Sex Dungeon has to compete for top spot on his list of contributions. It’s a killer fly that flat-out works, and its name removes the highbrow image often associated with fly fishing.

Can you imagine two old country-club types in tweed, half-smoked cigars in the corner of their mouths, telling you that a sex dungeon is the hot fly of the day?

Clousers are great saltwater flies, and do work on pike and musky as well. I like smaller ones (tied in 8 – 12) for trout. They’re a lot like the Gray Ghost in that they’re simpler than most trout streamers, which gives them an edge over other patterns that are more concerned with putting material on a hook than making something that actually catches fish.

These may not be the first streamers you think of when trout fishing, but they’re the ones I don’t like to leave home without. Do yourself a favor and tie up a few for this next weekend of fishing. Hopefully you don’t get snowed in like me.

Spencer Durrant is a fly fishing writer, outdoors columnist, and novelist from Utah. His work has appeared in Field & Stream, Hatch Magazine, TROUT Magazine, Sporting Classics Daily, and other national publications. He’s also the managing editor of The Modern Trout Bum. Find him on Twitter/Instagram, @Spencer_Durrant.