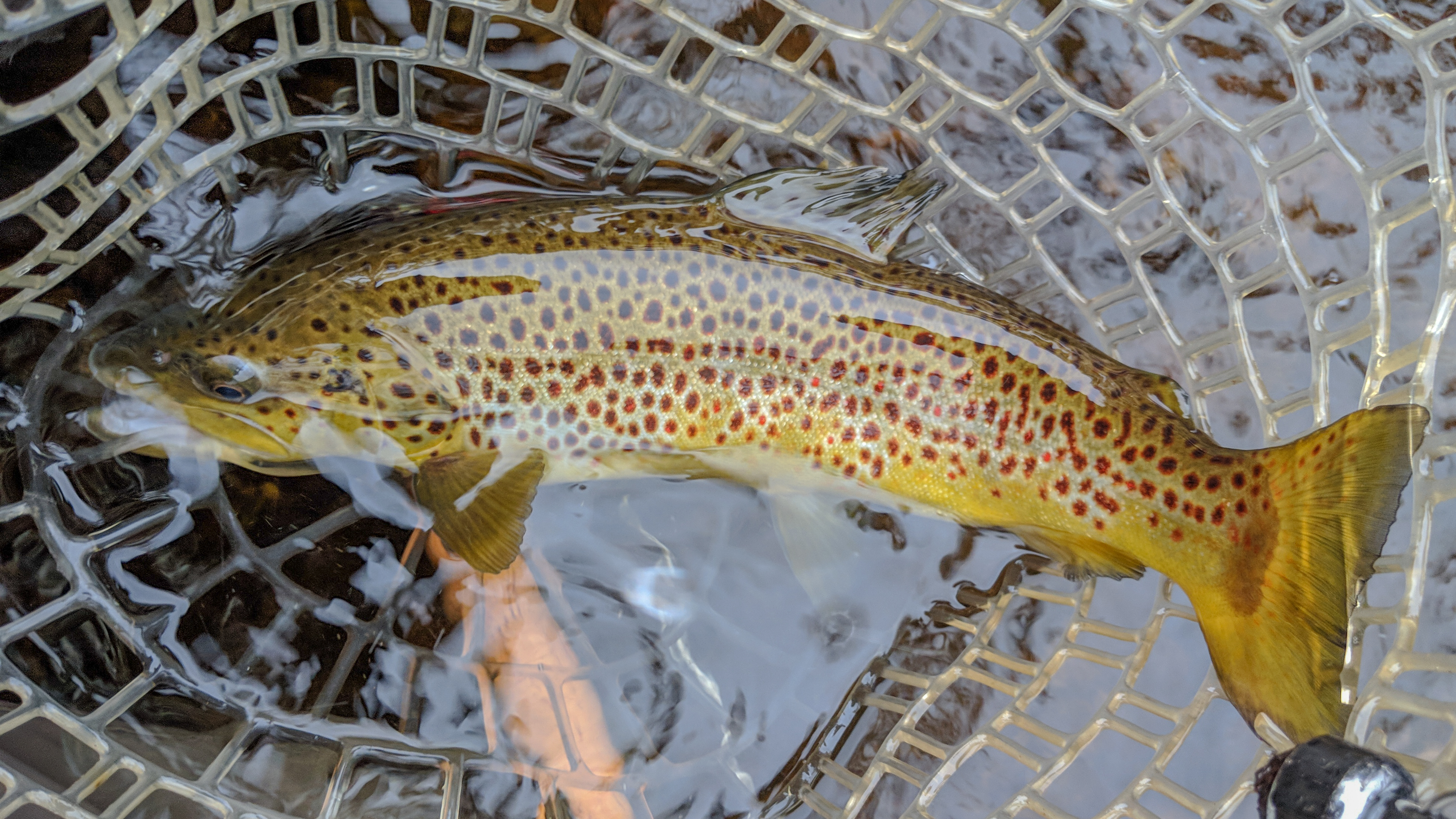 Catching a trophy brown trout (Salmo trutta) has earned a spot on most angler’s bucket list. The brown trout has gained a reputation as the top predator in most rivers and streams throughout the US. They are some of the most intelligent yet ferocious fish an angler can encounter. These large dream fish are often reclusive choosing to hunt at night or in high water. Unlike most brookies and rainbows, browns are more capable of understanding what is real and what is fake due to their amazing vision. This makes them one of the most challenging game fish an angler can face.

How About Some History?

Believe it or not, brown trout are not native to the US. Even though the species thrives in 34 US states, the species is originally brought over from Germany. The species first came to the U.S. in 1883, when a New York fish farmer named Fred Mather imported brown-trout eggs from Baron Lucius von Behr, president of the German Fishing Society. He then released them 4,900 brown-trout fry into Michigan’s Baldwin River. Since then, the population has boomed and have been left with the historical name of the German Brown Trout.

No matter the size, brownie feed on a variety of food sources. They can slurp down tiny mayflies on the surface or swallow a large brook trout whole. However, Brown Trout feed subsurface 90% of the time. If you want to target these beasts, we recommend you use a variety of nymphs and streamers. But if you want to get fancy, a challenging and insane way to catch brown trout is on a mouse pattern at night!

The Odds Are Stacked Against Them…

A healthy mature brown can lay more than 10,000 eggs.  The survival rate of an individual trout egg is very slim. Of the few eggs that hatch, most the fry will die out as well.  The remaining trout will use instinct to survive. These incredible species were born with a gift to know where to stay safe, eat, and breed. Once they reach a few inches they will begin to grow rapidly. However, these fish will remain prey to many birds, other fish species, and of course, anglers like you and me. Overall, out of the thousands of eggs, only 1 out of every 1,000 will make it to adulthood to spawn themselves.

Have you ever wondered why it is so hard to trick these fish into eating your almost indistinguishable fly pattern? Brown trout have excellent vision. Their vision is so keen, their eyes can focus in different directions at the same time. This allows them to see in nearly every direction at once. They also can pinpoint their food through rapid currents and murky water. So don’t be afraid to cast your size #18 zebra midge in strong whitewater riffles or dark murky pools. Their vision is their greatest line of defense against you and your fishing fly box.

It’s In Their Genes

Want to chase the Brown Trout of your dreams? We’ve got the stuff you need, sign up for a Postfly subscription today and never worry about having the gear you need again!

7 thoughts on “Game Fish of the Week: Brown Trout”