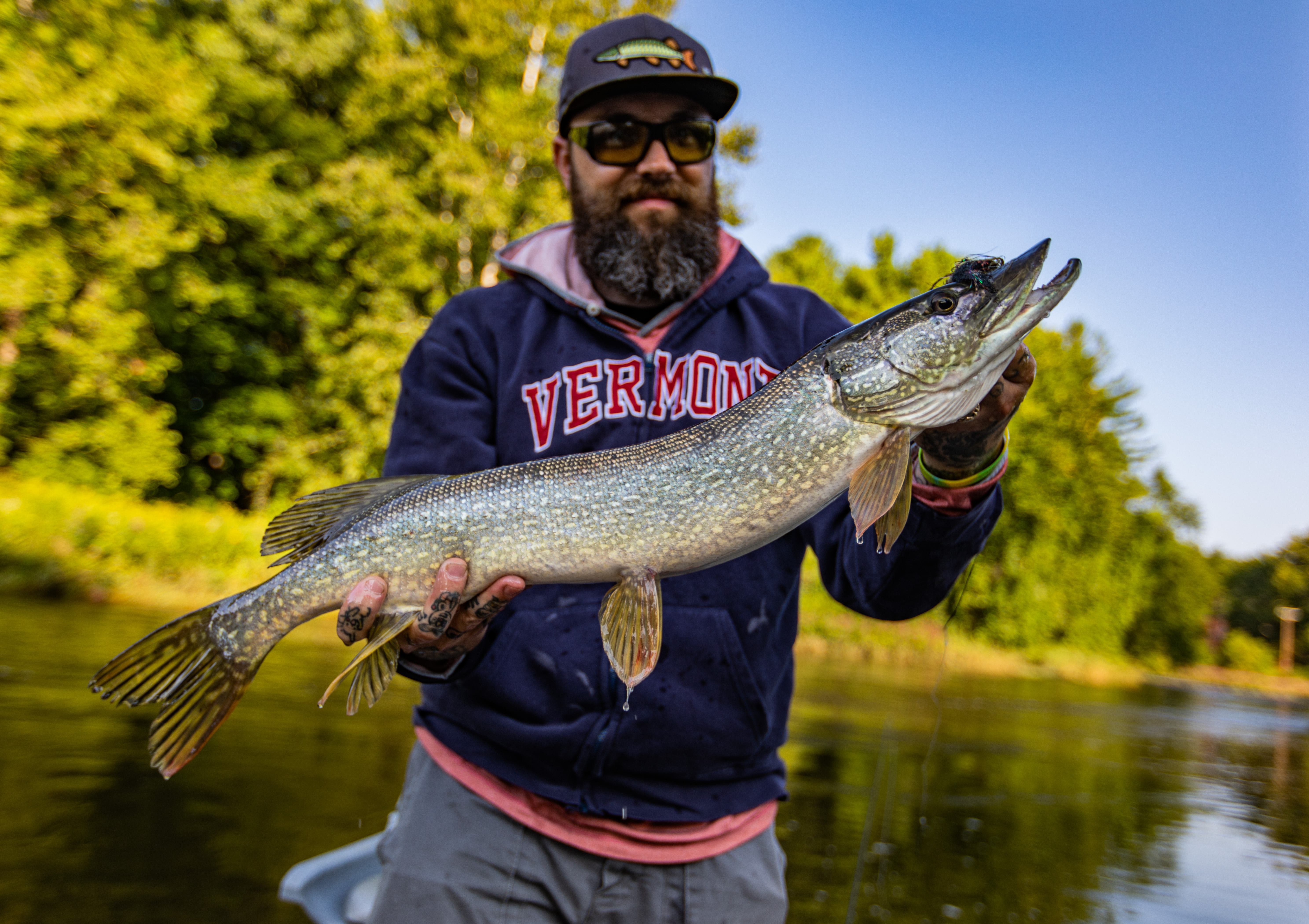 Found In: Rivers, Lakes and Ponds

Pike has been a sought-after game fish for American and European anglers for decades, as the fish is native to both continents. Found in most rivers and lakes in the Northern regions of North American and Europe, the Pike is an aggressive predator putting just about anything that swims into its belly if it gets the chance. This aggression and the size these fish can reach makes them one of the most entertaining fish to pursue on the fly!

They Eat Anything And Everything

With common sizes ranging from 15-50 inches and getting up to 15-40 lbs in weight. Pike have to eat anything they can get their toothy mouth on and need to be constantly feeding. Pike eat a ton of fish including other pike, but they also eat frogs, crayfish, birds, rodents, and other small mammals. Pike have been known to swallow prey more than half of their size. Pike are known to even give humans a taste on rare occasions.

Pike have adapted to become the top predator amongst freshwater ecosystems. Their patterns provide superb camouflage. Pike can remain still and accelerate to 10 mph to attack anything they can swallow.

Unlike most fish, a pike will not make a nest for their eggs. Female pike lay their eggs anywhere they can and abandon them. Neither male or female guard the eggs or protect their fry, even going so far as to eat their own young if they swim too close.

Top Of The Foodchain

Due to their adaptations and large appetite, Northern Pike quickly grow into large predators. Once the pike reaches adulthood, they have no aquatic predators, their primary predators being birds and humans. Lamprey and other parasites do pose as a threat towards pike, but anglers like you and me are what they should avoid.

Female pike can get to far larger sizes than their male counterparts. They have even been known to prey on smaller males when other food is difficult to find. The North American record pike came out of New York and taped out at 52.5 Inches and weighed just over 46 pounds.

Want to catch more Pike in 2019? Pick up a Warm Water Postfly Box Subscription and always be ready with the right fly to get tight to a big water wolf!

2 thoughts on “Game Fish Of The Week: Northern Pike”